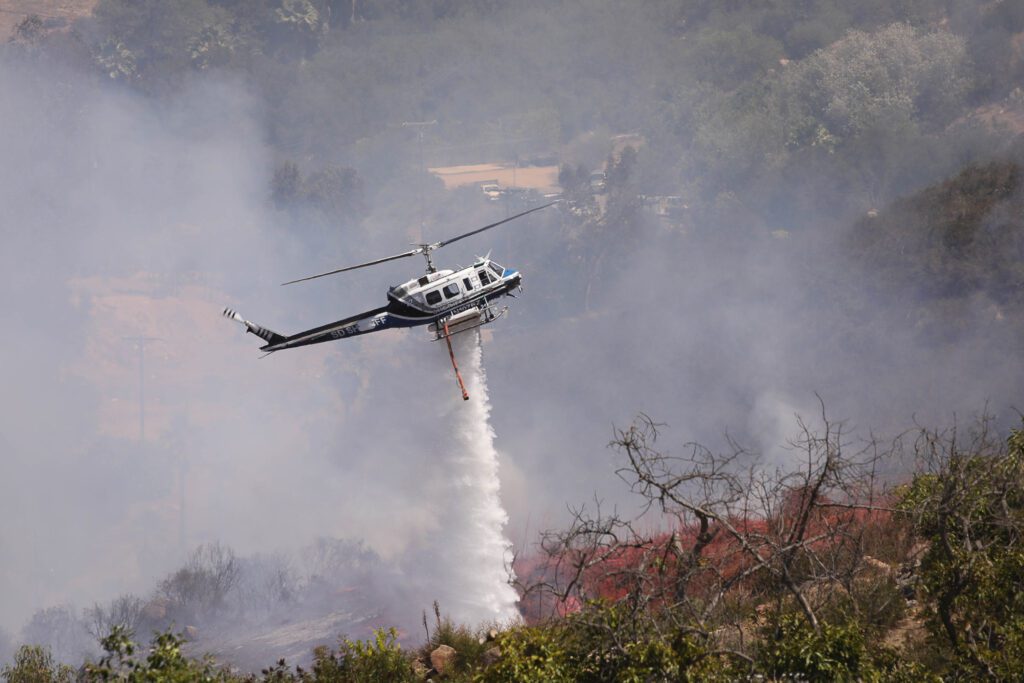 Wednesday afternoon firefighters from CalFire, San Diego County Fire and Valley Center units answered calls for a fire at Lilac Road and Old Castle. They were dispatched at 1:09 p.m. to the initial reports of a 1/4 acre brush fire with a threat to one structure.

The firefighters determined to attack the fire coming in off Fry Road. The air reconnaissance plane overhead reported the blaze had grown to 2 acres with a potential 50 acres traveling slow to moderate rate of speed.

By 2:20 p.m. the forward rate of spread had halted at 3 acres. The authorities issued evacuation orders for only two homes. Only two houses were initially in the direct path of the fire and no structures burned. Residents nearby received evacuation warnings.

The incident command put air units over the blaze quickly. The tankers dropped retardant to slow the spread as ground units got ahead of the blaze with hoses.

By 3 p.m. all evacuation orders and warnings had been lifted. According to Frank LaCoco, CalFire Public Information Officer, multiple agencies are investigating the cause of the fire.

Units have stayed on scene into the night to mop up and put out spot fires. 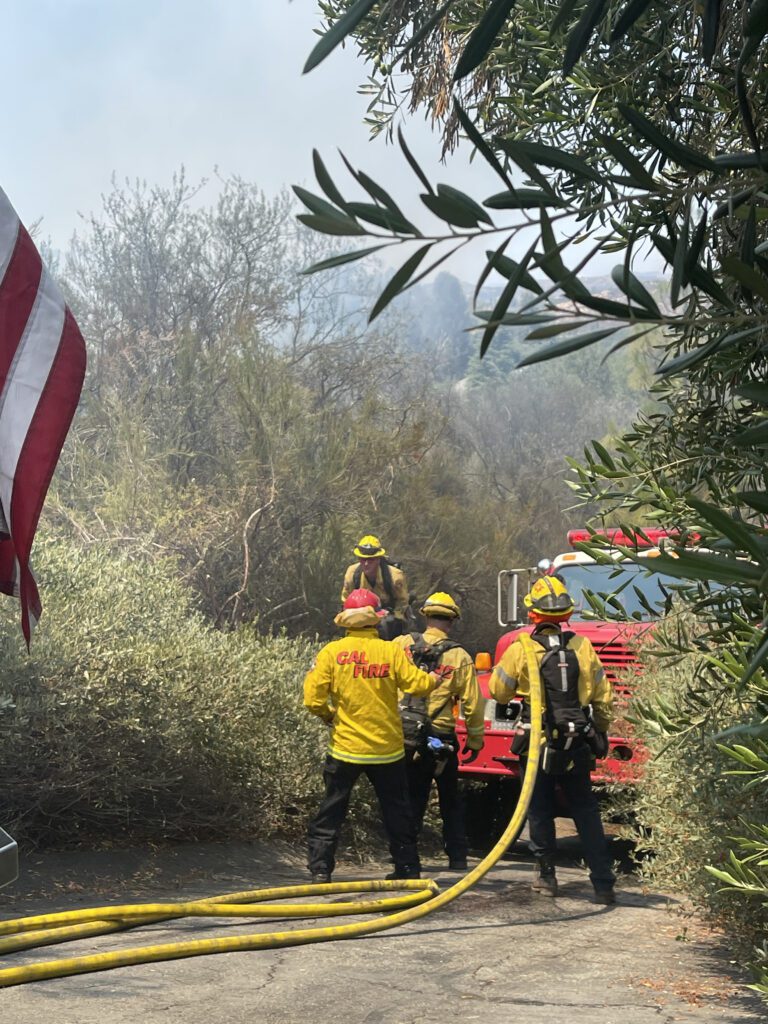