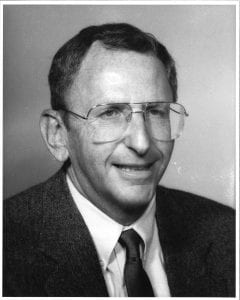 Harry Weinberg, beloved former superintendent of schools in Valley Center, has died. He succumbed Sunday night after several months of battling prostate cancer. He was 82.

Back in the early 1980s, when the school superintendent of the Valley Center Union School District was by far the most important person in town, Harry Weinberg set the standard for ethics, good management and making the school district the most respected institution in Valley Center.  He then took that winning formula to the San Diego County Office of Education. He ended his career creating a program for teaching teachers and administrators at Cal State University San Marcos that is still in use.

Michael Lennie, a retired attorney and former VC resident who served for several years on the VC school board—and was Dr. Weinberg’s close friend for four decades—called his influence on Valley Center, “Profound.” “He took a struggling school district and turned it around and made it one of the best districts in the county,” said Lennie.

Former Assistant Supt. Sarah Clayton commented, “Harry Weinberg was a great man and this is a great loss.  The highlight of my professional career was to have worked with a man with such a special skill set and integrity. He was a visionary in the field of education.”

Dr. Weinberg served as VC superintendent for 14 years (1977-1991) and as the San Diego County Superintendent for 3 years (1991-1994.) During his years in VC the district and its teacher and classified unions began the tradition of amicably reaching contract agreements well before the deadline. This was all the more remarkable because when Weinberg took over the job the district and its employees had been at dagger’s point for several years.

Lennie recalls that Valley Center was next to last in the county with salaries for teachers when Weinberg took over. “Within four years we were second in the county,” he said. “He was very efficient at saving money. We looked at each item on the budget and figured out how to best serve the students, teachers and other staff. The money would go to them without going to administration. He ran a very lean administrative budget.”

Because for many years the last area to use money and modernize was the district office, that office was housed in a somewhat dilapidated mobile-home type of trailer.  In that trailer were all of the school district files and records.  They were in filing cabinets that sat in the unused bathtub.  Finally, that used trailer was upgraded to a pre-fab type of building with appropriate space for all of the district files and  information, which remains in use to this day but without a bathtub.

Weinberg initiated the practice to taking the whole school board to the California School Boards Association convention. “That in itself is not common,” said Lennie. “We would spread the gospel, so to speak. They were discussing all the problems school districts were having. For the most part we were weren’t experiencing those problems.”

He added, “Integrity was central to the way he did things. Not as a staunch disciplinarian but as someone who helped other people to know what the rules were and why the rules mattered. I will miss him a great deal. He was a great friend.”

Barbara Rohrer, who also served on the VC school board for many years when Dr. Weinberg was superintendent, recalled, “Working on the board for the district with Harry was the consummate learning process for me, though I did not know this until I became a superintendent/principal myself.  I learned about ‘packets,’ the monthly information each board member needs before the meeting.   There was a standing joke about packets; that when Harry was hired, a board member asked him what he would do to prevent them from having board meetings that lasted until midnight?  He answered by saying that he would be sure that everyone got a very complete packet, and on time.  The board response was:  ‘What’s a packet?’ ”

Weinberg’s format spread throughout the county. He took it with him to the San Diego County Office of Education. Mrs. Rohrer notes, “It went to Bonsall with Terry Ryan [a former assistant superintendent at Valley Center] and to the Grossmont Union High School District.  It went to Dehesa with me. and to three charter schools from there. It went to Pauma Valley.  It probably went to Julian with an administrator, and most likely to Ramona as well.  I am sure it went to San Pasqual   That looks like Harry’s influence was far flung.”

After he left the Valley Center school district Dr. Weinberg joined the San Diego County Office of Education as County Superintendent of Schools from July 1, 1991 until July 30, 1994.

On February 7, 1994 the SDCOE newsletter reported: “County Supt. Harry Weinberg dropped a bombshell Friday morning when he announced he would be leaving the County Office in August to accept a position at CSU San Marcos. Weinberg’s responsibilities at the university will include part-time teaching in the College of Education and assisting the design of the university’s new administrator preparation program.”  Weinberg said it was hard to leave, “However, teaching is my first love and this will give me the opportunity to return to the classroom.”

At that time he was praised by Bill Hampton, County Board of Education President: “He has transformed the County Office into a client-centered organization with an extremely strong service ethic. I hear Harry praised by superintendents all the time-he has brought a new level of service and concern to our operations.”

A press release from the VC-Pauma Unified School District this week, praised Weinberg. “So many who worked closely with ‘Harry’ as they referred to him, recall how his management style, integrity and work ethic turned around Valley Center Union when he took the helm during difficult financial times.  Harry was not only successful in making the district fiscally sound, but he also was instrumental in developing an award winning academic, music, agricultural and dual language program that was revered by his San Diego County counterparts.”

Dr. Weinberg was one of the longest serving superintendents; with a 14 year tenure at a time when the average superintendent lasts 3 years. Dr. Weinberg’s ability to gain the trust of teachers, staff and board members was how he kept morale high. Once when asked about his management style, he said, “I try to persuade people rather than order them.  If you persuade, they’re with you for the whole war.  If you order they’re just with you for the battle.”

Weinberg’s stellar reputation was why he did NOT apply for the San County Superintendent job, but was offered the position after the San Diego County Board had interviewed 10 finalists from 100 applicants.

Dr. Weinberg continued to strive for excellence in schools after he left the San Diego County Office by assisting Districts in the recruitment of superintendents.  He later continued grooming the next generation of administrators during his tenure in the Department of Education at California State University at San Marcos.  During his multiple careers he never deviated from his pursuit to develop excellent schools, teachers and administrators.

Dr. Weinberg began his position as superintendent of Valley Center Union in 1977 when it was a K-8th grade school district with 2,300 students. Before that he was an assistant superintendent in the Sanger Unified School District near Fresno and taught at the elementary, junior, and high school level.

He received his bachelor’s degree from UC Santa Barbara in 1957 where he also played varsity basketball. In 1961 he received his master’s from San Francisco State College and in 1973 he received his doctorate from the University of the Pacific.

His work is still reflected in the day to day operations of many school districts who continue to follow his sage mentoring and guidance to strive for excellence.

Barbara Rohrer told The Roadrunner: “I’ve heard it said, that when an older person dies, a library dies with him. In the case of Harry Weinberg, so much of what Valley Center’s school district is, is because of Harry Weinberg.  True, everyone contributes, but Harry was here for 14 years.  Putting together 14 years and the intellectual, compassionate giant that he was makes his print on this district very pervasive.”