School board gets earful from union, critics of campus security 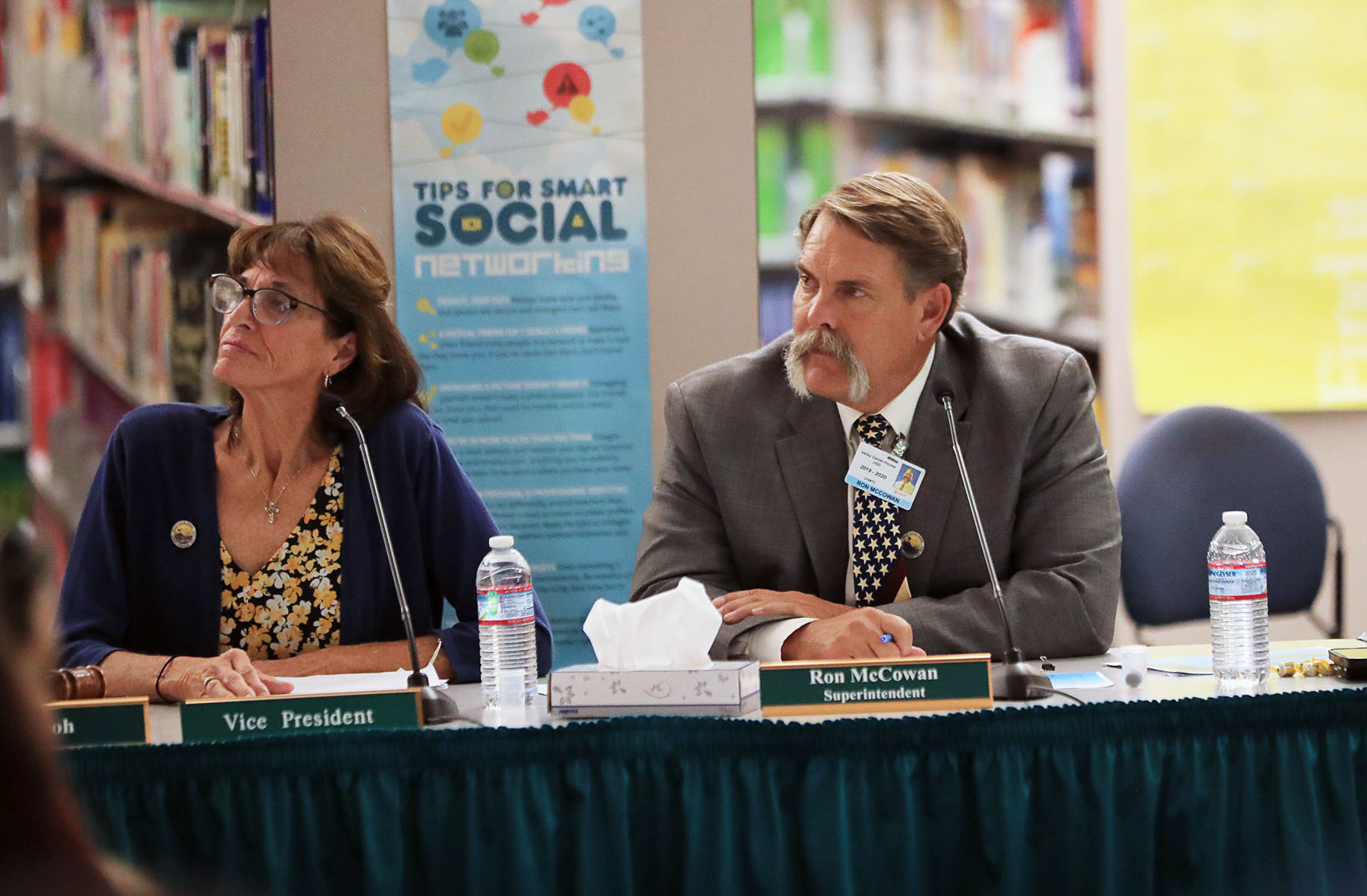 It was a fully packed Valley Center High School media room (library) for the Thursday school board meeting. Speakers during the open forum section of the agenda were divided between classified employee union advocates asking for a higher cost-of-living raise and parents bitterly complaining about security situation at the high school that led to a brawl on Tuesday, October 4 between classes.

Speakers were limited to three minutes.

Lorena Leonard spoke about the “safe environment” at the high school and accused the administration of being “grossly negligent.” She continued, “It is the responsibility of the school to maintain safety while at school. The altercation should have been prevented.” She said the high school principal had confirmed to her that they had information that the incident was going to occur 24 hours before it did. “My concern is the administration lacks accountability for providing safety,”  she said, saying that two security guards for VCHS was inadequate. “What are you as board members doing to provide for the safety of our students?” Her voice rose. “I want to know what the consequences for negligence is for this school board?”  She said students involved in the incident are losing scholarships and seeing their futures harmed. “You sent the bully AND the victim to Oak Glen. You should be proactive, rather than reactive as you are now.”

Union rep Sarah Cardan asked that classified salaries be increased  to make up for inflation. She listed various costs of living that are rising, such as food, power and gas. “You are holding back on COLA [Cost of Living Adjustment] increases for classified,” she said, “and not covering this year’s rising expenses. I’m a taxpayer and I’d like to know where my taxes are going? Even though we are not teachers, we all serve the students in some way. Give us the COLA we deserve.”

Lorenzo Flores, another parent of a child who was involved in the fight, said he wanted to “clarify that it wasn’t racially motivated,” and called for “the misadministration to be held accountable.” Flores said his son was a football player, “who was being followed and harassed.” He added that on the day of incident teachers saw these people approaching my son. They went into his class. He told them he wasn’t going to fight them. School officials were notified and yet no one did anything.”

Flores described how his son’s friends had gathered around him as he was being approached. “These kids had no business being on campus,” he said and declared, “School administration did not see this as important and crucial information. . .  My son and his school mates were acting in self-defense. Now my sons are being bullied out of the school for defending themselves. While at least one of the kids who bullied is back on campus. The lives of these students are literally being ruined. Shame on you, Mr. McCowan for speaking to the media without even having the facts.”

Tabitha Martin spoke about the two nurses positions and urged the district to make nurse’s pay competitive so they can hire more of them.

Bill Dunckel, a football coach, and the father of one of the football players who was taken from the team due to the incident, said, “This is a terrible thing that has happened. The video does not tell the whole story.” He added, “There was a serious breakdown from staff to security to the administration. My son lost a senior year. There was a rush to judgment.” 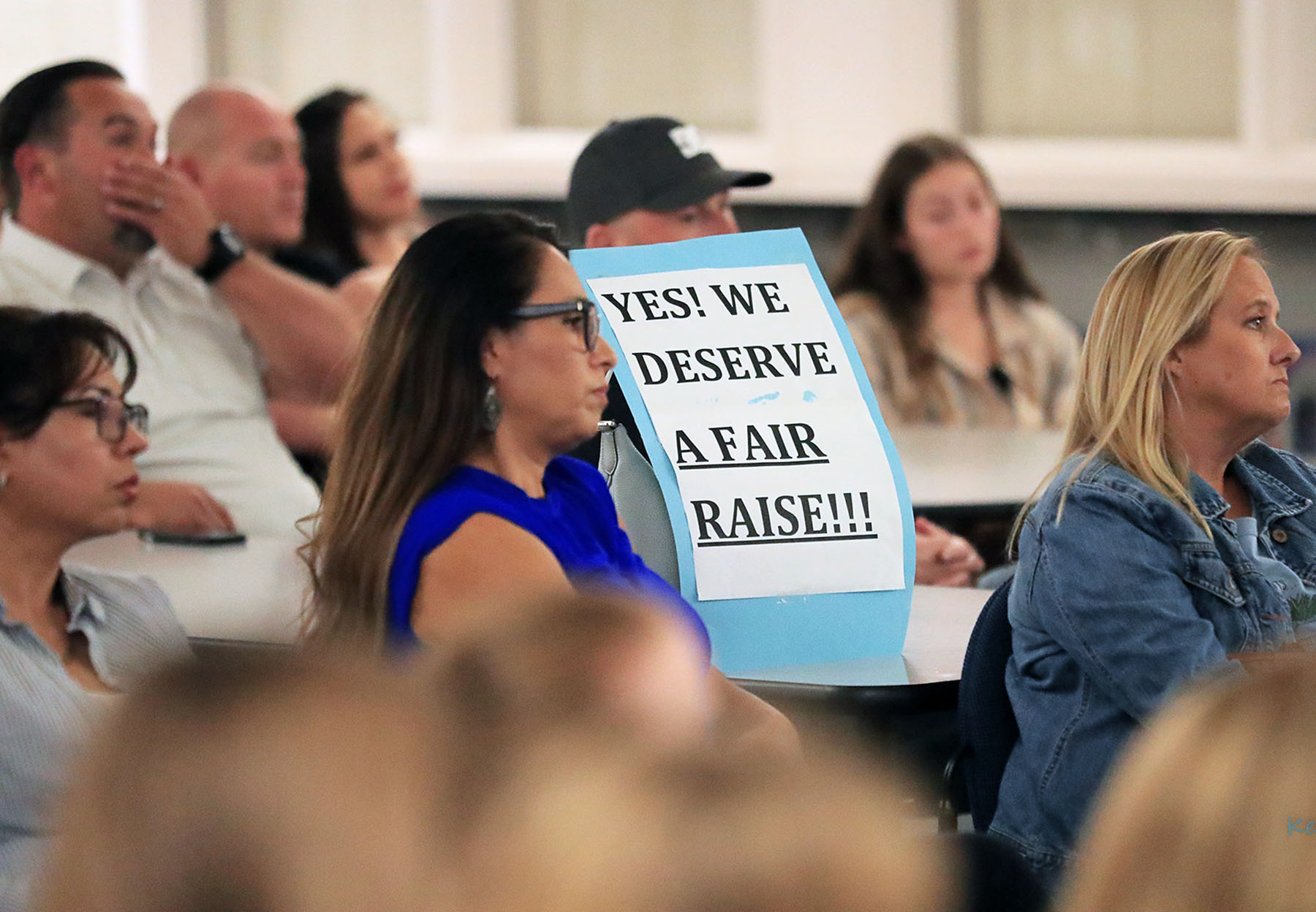 Parent Jovi Beckman was next. “My son was jumped by the kids,” she said, asking why there are no cameras in the locker room. “My kid continues to get threats on the phone from the same kids who are still there. What are you guys doing about it?” She said he was afraid that if he speaks their names they will jump him. “This is affecting my son. I took him out of school and took him out of football. Even though we made a police report you didn’t do anything. It’s not fair for the other kids just like it isn’t fair for my son.”

Board member Julie Stroh, who was running the meeting in the absence of the board president, reiterated, “We are not allowed to comment [due to the Brown Act] but know that we are hearing you.”

The next speaker was Christine Stolec, also representing the classified employees, who stood while she was speaking.

Teresa Mendez told the board she has five children, who have attended VC schools since preschool. “I am very concerned about the security issue,” she said. “While my children were not involved in this, for the first time since I have lived in Valley Center I am fearful for children’s safety. The issue is security. Security would have prevented it from going as far as it has. I have heard from parents that the children are being excessively bullied. I do not have evidence.”

Another union rep, Petra Oviedo asked board members, “how can you sleep at night, knowing that classified employees can’t pay their bills?”

The last speaker was resident Stephen Dinsdale claimed that his sons have told him about a “rape corner,” at the middle school, and added, “They are afraid to tell you.” He continued, “You all pissed off the wrong person. If they touch one of my children, I’m done!”  Dinsdale said he has been told that some children are forced into a corner and other children make sexual sounds and moans. He added, “Last year my son was spanked by another student. The vice principal conducted his investigation,” and found nothing. “You have not fixed anything at that middle school! You are not done with me!”

Supt. Ron McCowan told Dinsdale that he would reach out to him on the issue.

Consequences for the students

The Roadrunner contacted McCowan and asked where the process is on this disciplinary issue: “The process is still moving forward,” he said. The only thing that will be listed in an upcoming agenda will be expulsions. Other, less punishments will not be documented.

According to the superintendent, students were looked at individually for their roles in the fight. The consequences ranged from five day suspensions, to involunary transfers to expulsion. All those actions, except for the expulsions, have taken place, said McCowan. “Each students knows what their consequences are. The bottom line is that the consequences have been given out and the appeals process is going on right now.”

Because it is an appeal proces, McCowan said he couldn’t say when expulsions will go the board for action. 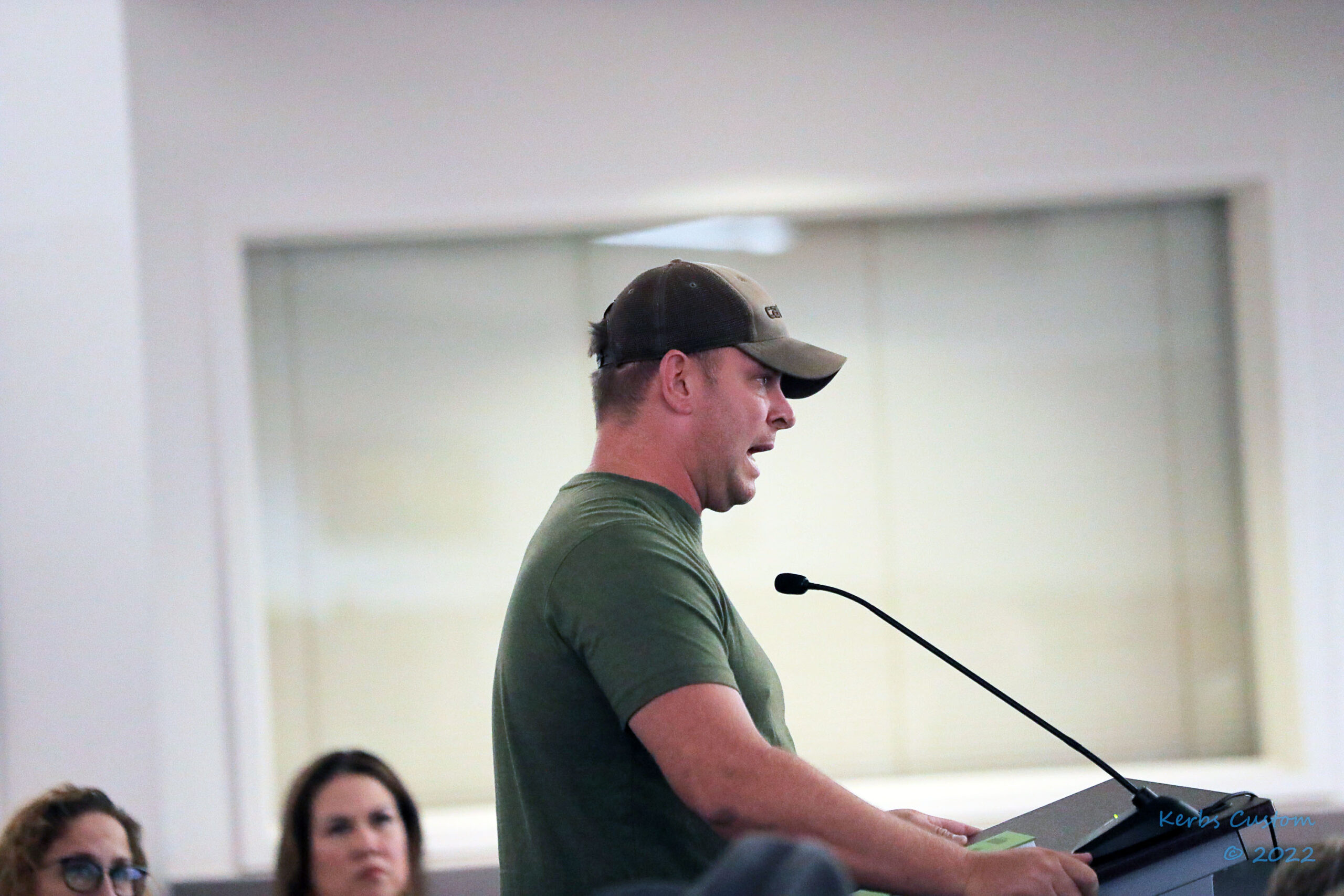 One response to “School board gets earful from union, critics of campus security”