Sound Jar Studio – a special place for a musical family 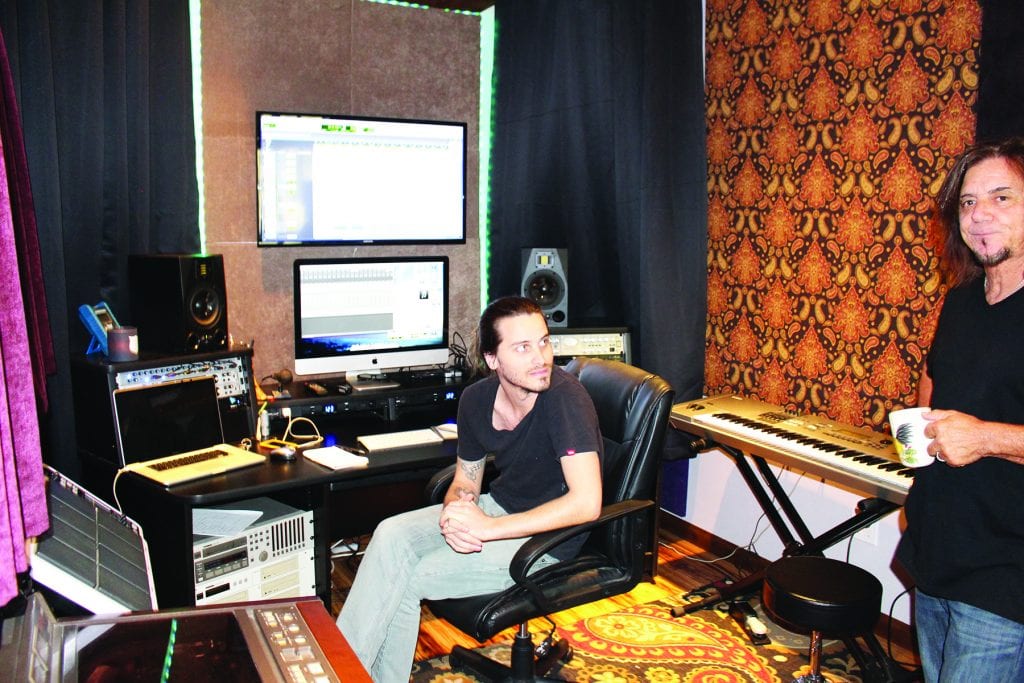 Most of us who had record collections in the 1970s and 1980s bid farewell to them when CDs began to crowd them off the shelves, when their “last stand” was at places like Tower Records and old hippie music stores.

However, as any audiophile will tell you, LPs are making a comeback! One of the places where you can actually get a record made is in a sound studio in Valley Center, Sound Jar Studio, and its off-shoot (it’s upstairs) Petra-Fi Records.  Sound Jar is the place for standard recordings while Petra-Fi is for handmade lathe cut records.

The musical family is kind of a show-business cliché, but in the case of the Chini family it’s not a cliché, just their life for the last few decades. The Chinis opened the studio two years ago, and it recently became available to the public. Any member of the community can get a recording turned into a record or a conventional recording.  Records in their various forms make great, unique gifts.  But there are many reasons for wanting to do a professionally mastered recording for a special occasion, like a 60th birthday, or a significant anniversary, or maybe because you fancy yourself to be the next hot thing in audiobook readers. The reasons for doing a professional recording are endless.

Robert Chini and his son, Jordan invited me over to see their studio not too long ago. Robert and his wife Gabrielle “Gabby” live in Valley Center, while Jordan lives in Los Angeles where he has a branch of the studio. He does music for film and his “Boy Dude” recordings on vinyl which combine experimental funk and soul. Jordan does all the instrumentals for the recordings from his studio.

At age 6, about the same age as his father, Jordon, who was raised in Valley Center, began showing signs of the same talent. He learned to play over 13 different instruments, including

the banjo, pedal steel, drums, and accordion. He began recording when he was 12, and with influences from the 60’s & 70’s era, he combined an “analog sound” which he incorporates, mixed with a modern twist, to his skills in the studio as both a musician and an engineer. He has played with musical groups such as Social Green, Muscle Beech, Pearl Charles Band, Reflection, and a self-titled solo project. He enjoys multimedia projects and has experience in Videography, Animation, and even Claymation.

“It’s a personal thing. I always wanted to have a studio, and this involves my sons. It’s a way of keeping our family together.” says Robert. He is counting on musicians who want to get away from the craziness of Los Angeles. “They can come here and stay the night.”  The first artist to do so was Pearl Charles, who recorded “World of Love” in Valley Center.

When I dropped by for a visit there was a local band from Rincon Reservation there recording an album with music that made me think a lot of the “Cool Jazz” that the old-style FM jazz announcer Art Good used to play in the 80s and 90s. 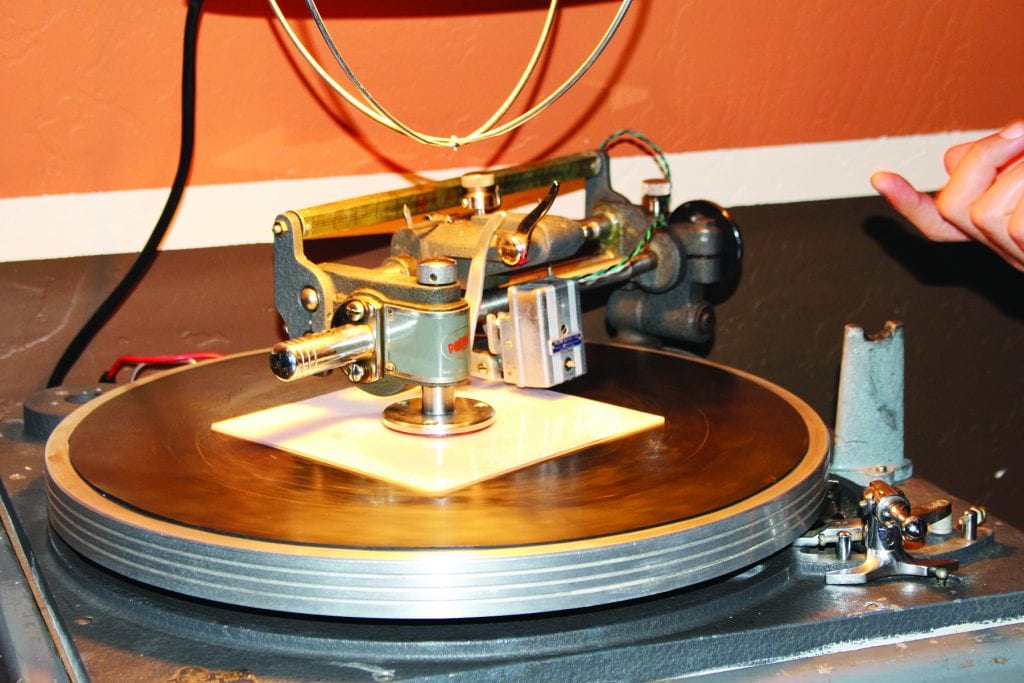 Robert’s sons have artist friends who have wanted to visit the studio  and record. “It’s a cool getaway, listening to the chickens instead of the car horns,” he says.

This full music production facility is called Sound Jar Studio, which uses the names of Jordan, Adam and Robert to form JAR. While Robert and Jordan cover much of the recording and production aspects, his third son Adam has recently launched Petra-Fi records within the facility. Petra-fi produces handmade lathe cut records and specialty discs for special occasions.

A native of this area, Robert began playing drums when he was five and later become multi-instrumental adding guitar, bass and keyboard to his skills. He soaked up Jazz, Latin, and R&B influences and counts as his inspirations Stevie Wonder, James Taylor, The Doors, and The Beatles.

He has been in the recording world since he was 16 when he bought his first four track reel to reel. He has worked as a musician, producer and songwriter at studios all over the country.  He wrote songs for Motown, composing “Never Stop Loving You”  along with songwriter Bob Gundry. The song was chosen for one of Michael Jackson’s early albums.  He has played with Davy Jones, the Eagles; performed as a bass player for 80s group “England Dan and John Ford Coley” and toured with Leslie, Kelly and John Ford Coley after their break-up.

As a drummer, Robert formed the group Heat Treatment, and opened for such acts as Taj Mahal, Atlanta Rhythm Section, Stanley Clarke (Chic Corea) along with many others.

He has written songs for Peter Schless (“On The Wings Of Love”) and Bob Gundry (England Dan and John Ford Coley.) After performing on the TV show “A Session with the Stars” he was noticed by Richard Carpenter, (The Carpenters,) and Lynn Malsby (keyboardist for Klymaxx and A&R with Motown Records.) This led to an open door at Motown Records in Los Angeles where he continued to write songs under the wing of Rodney Gordy, nephew of Barry Gordy.  He wrote several commercials for TV and Radio – one of which won him an Emmy Award for Best Musical Composition. 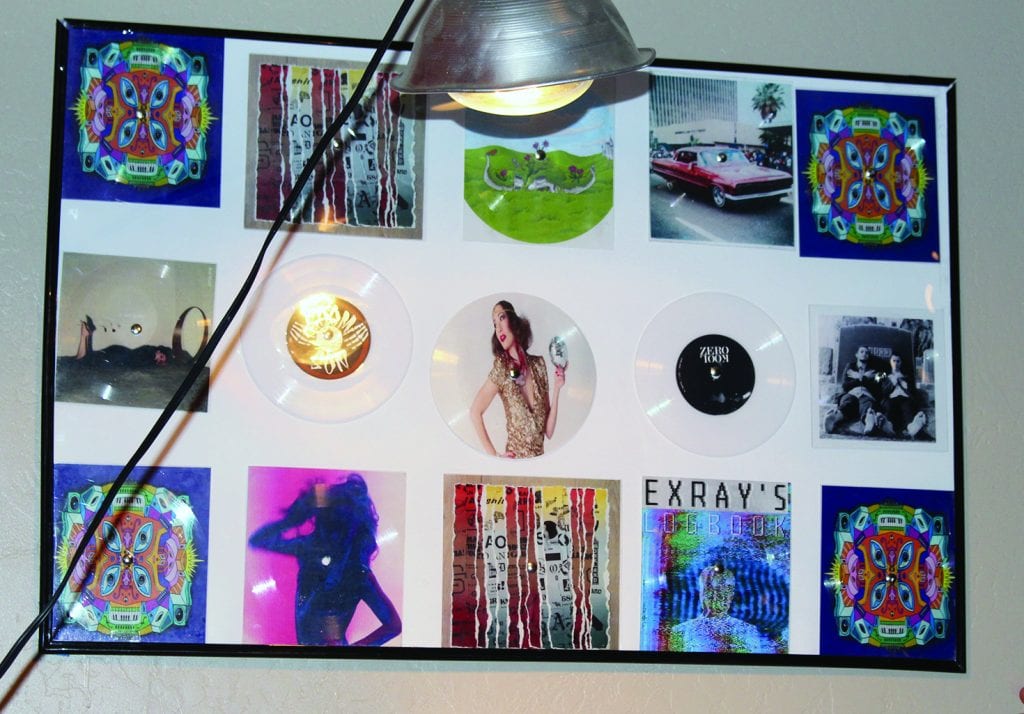 Robert later teamed with Jorge Camberos to form the Latin duo Chini & Camberos. After two releases with C & C, they teamed up with Mariela Contreras to form “TRES”.

Petra-Fi uses the Presto 6-N an amazing old record lathe from the 1930’s (amazing how well they built things in those days!). It was in its day the most popular recorder among broadcast stations, recording studios, educational institutions and governmental agencies. Its design was so well conceived that no detail of the recorder has been changed since 1938.  It produces a master than can then be used to make other masters and from them thousands of records.

It’s possible to make records with art or photos on them to make a very special gift.

Adam Chini is a multi-instrumentalist, producer and recording engineer. He’s an avid vinyl record collector,  record lathe cutter, and music lover whose solo music comes from a handful of independent record labels, spanning across the world. His 7 song EP with Star Creature Records “Virtual Love” was arranged , recorded, and produced by him in his home studio. Its style is neo soul and funk with some R&B influences. 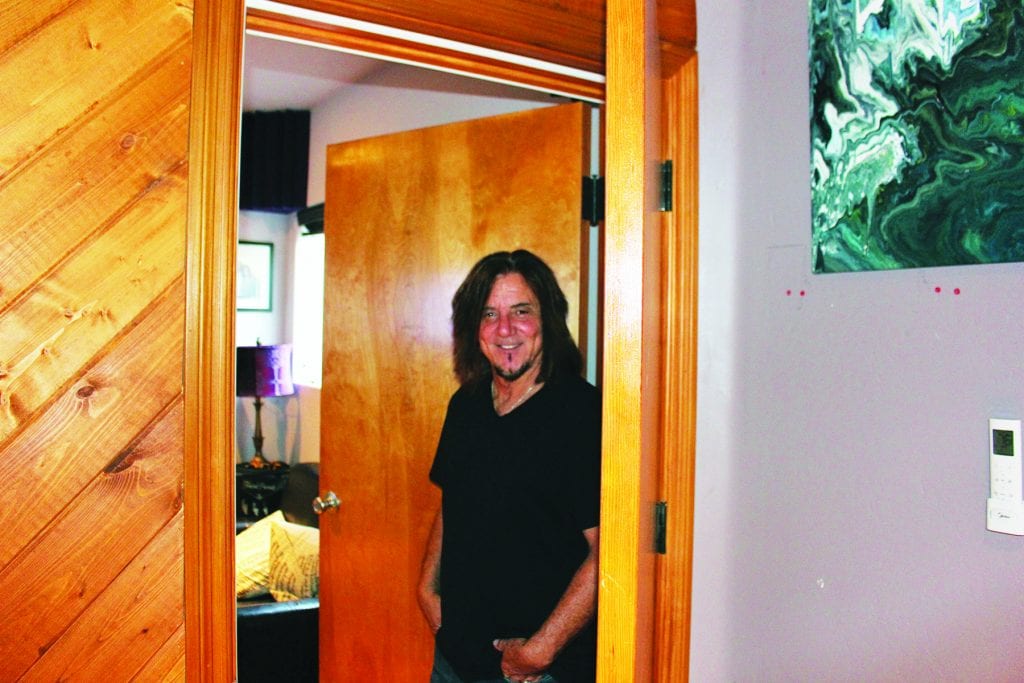 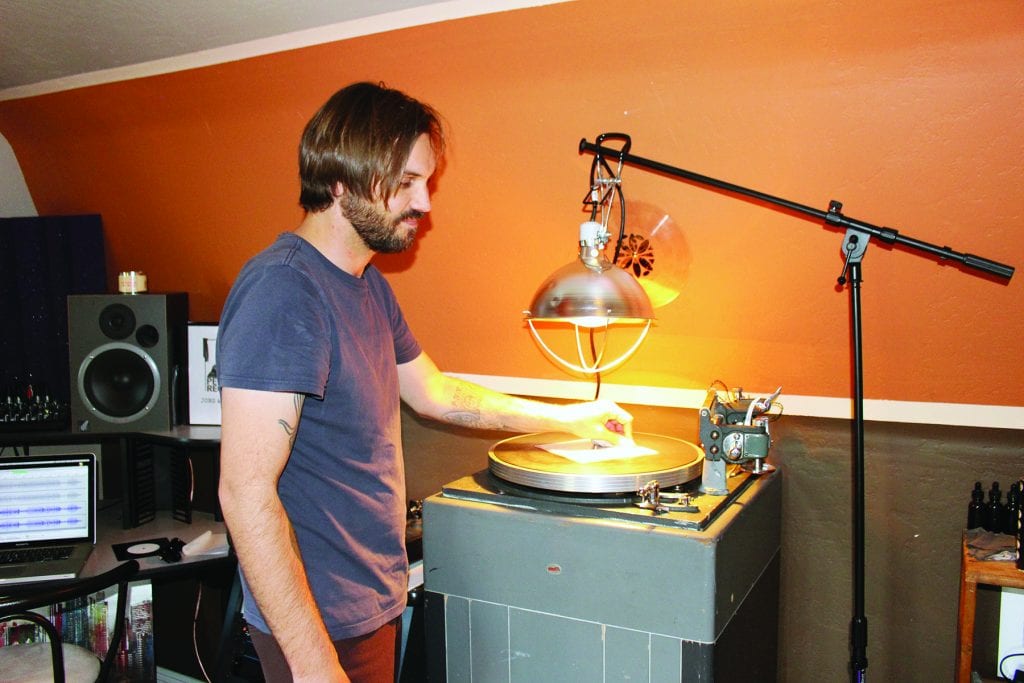 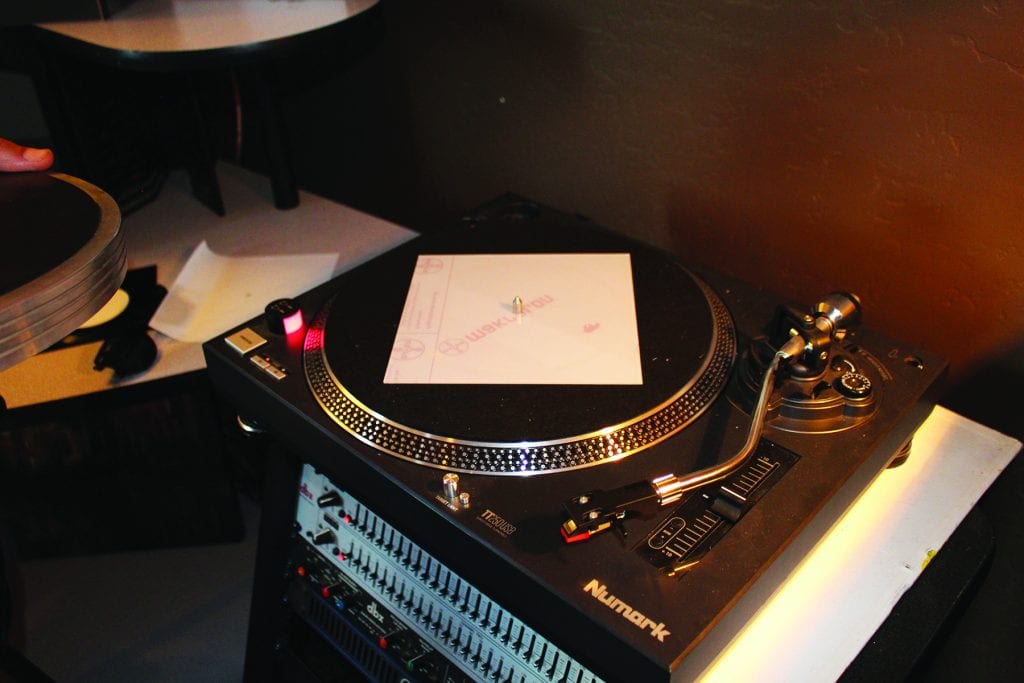 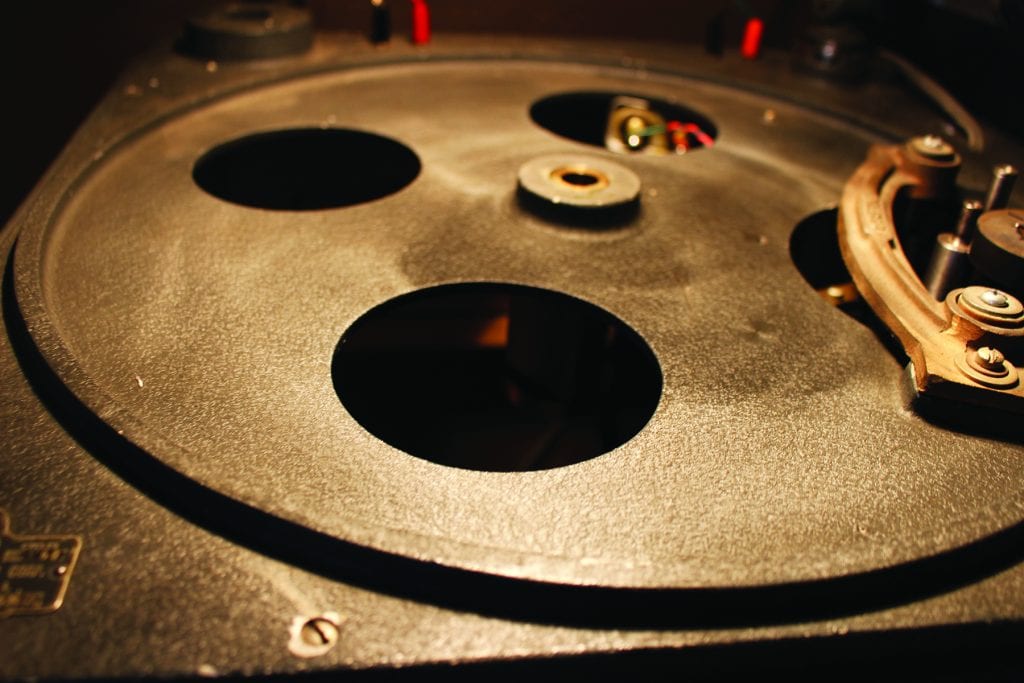 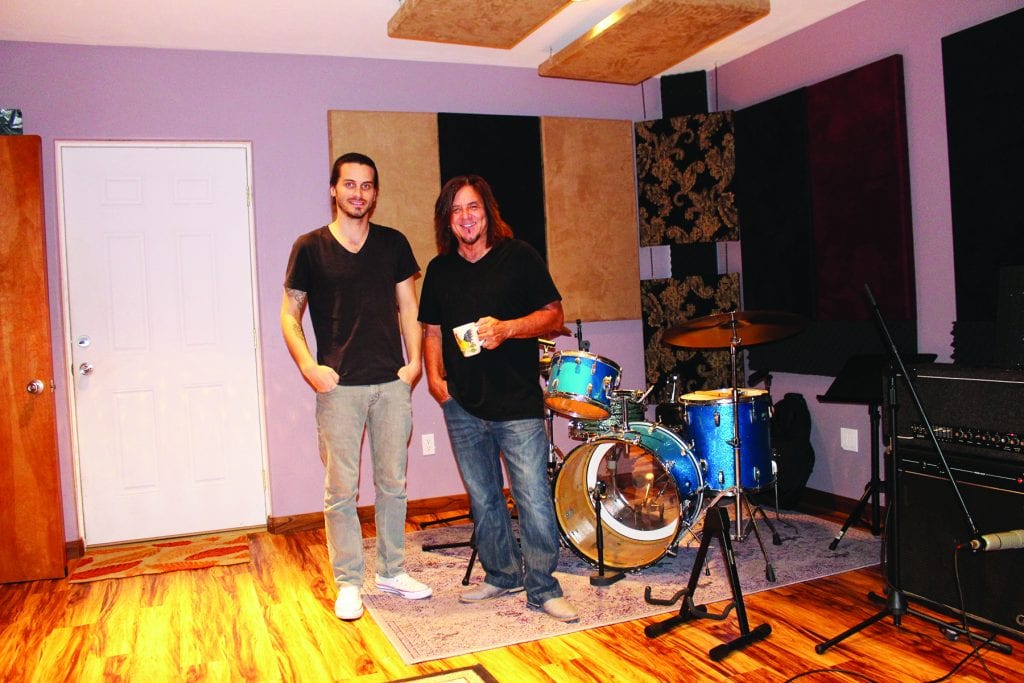 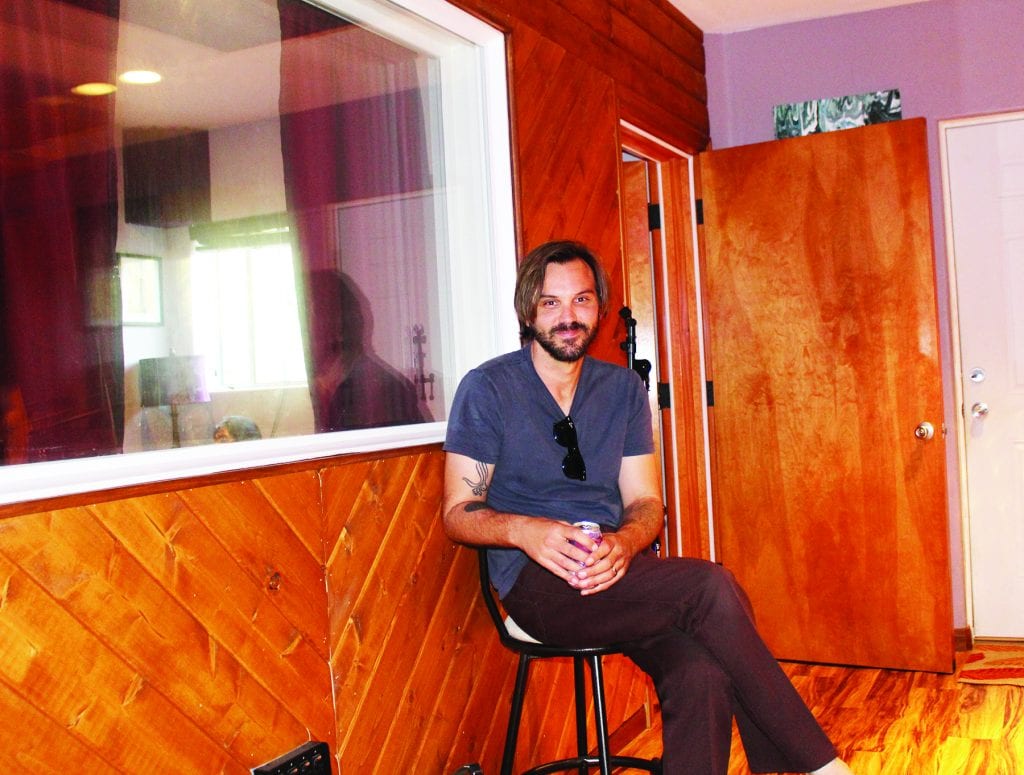 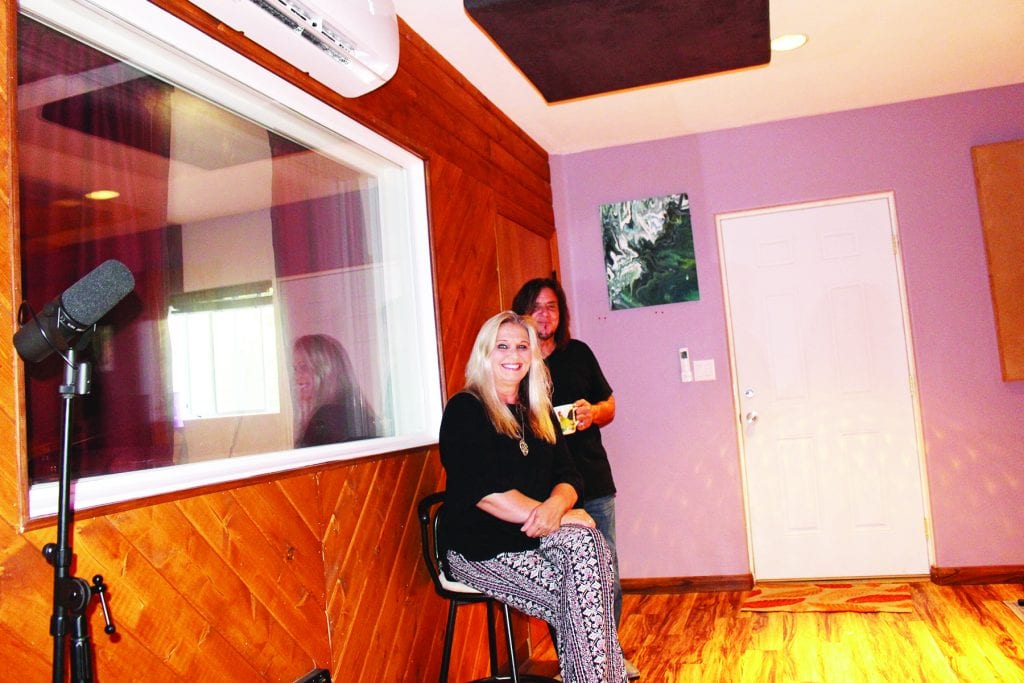 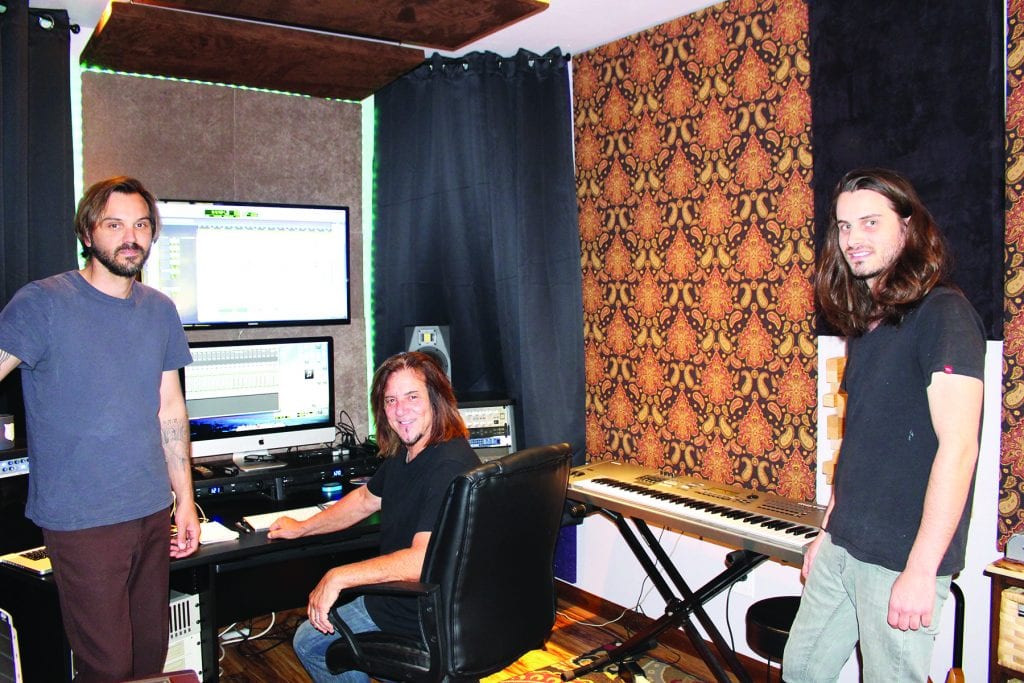