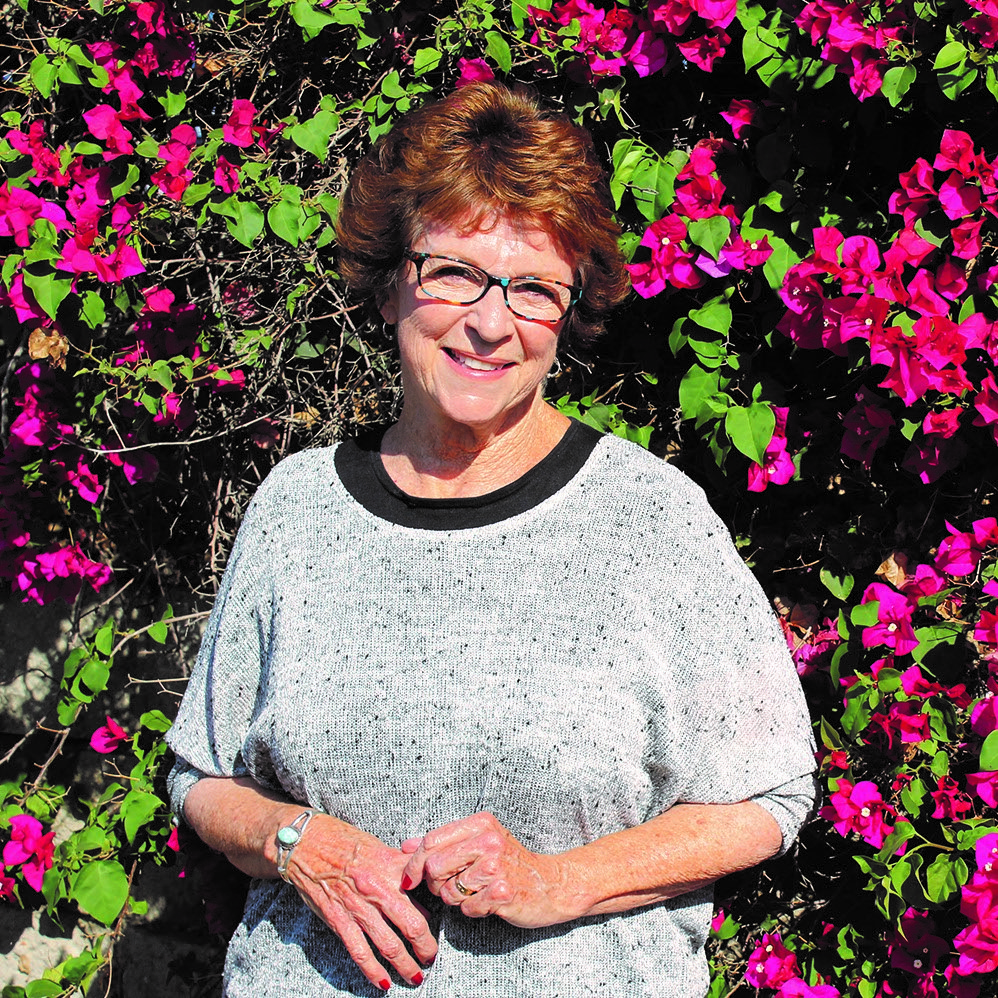 The guest of honor celebrated the event with her family, friends and the agriculture community at San Diego County Farm Bureau’s Annual Meeting in May.

Julie and her husband Joe co-own and founded Obra Verde Growers nursery in Valley Center in 1974. Obra Verde, as translated in Spanish, reflects their work ethic of green product grown with green virtue. Specializing in Australian and Southern African cut flowers and plants, they are an exclusive distributer for several of these species in the United States, granted by the Department of Primary Industries out of Western Australia. The plants produced by Obra Verde Growers cover acres of San Diego farms producing perennial cut flower crops. In addition to the crop production, they are known as breeding station where breeders from South Africa, New Zealand and Australia submit varieties for trialing onsite to test for unique characteristics, hardiness, drought-tolerance, and marketability.

Julie has spent many years and countless hours devoted to San Diego County Farm Bureau (SDCFB), always exhibiting a fierce passion for Farm Bureau and agriculture. For ten years, Julie served on the Executive Committee in every position, including President from 2013-2015. Three years later, Julie continues to serve as a distinguished selected advisor to the Executive Committee. She has also chaired many committees including the San Diego Grown Dinner, the San Diego County Fair, and the Nominating Committee. Julie also took an active role in the Capital Campaign committee raising funds for the SDCFB relocation.

In addition to being involved with several other county committees, Julie has also served on a number of California Farm Bureau Federation (CFBF) committees statewide, representing San Diego County. For numerous years, Julie was a delegate at the CFBF Annual Meeting. In fact, she gained a reputation amongst the stet delegates opposing superfluous or late-submitted agenda items that resulted in a permanent change in the meeting procedures.

Not only has SDCFB benefited from Julie’s passion towards agriculture, but she has also generously dedicated her time to many other associations as well. As one of the founders of the San Diego Chapter of California Women for Agriculture, Julie remains active within that organization today. Jena Francis, President of CWA (San Diego Chapter), has great admiration for Julie, explaining, “Her passion for all things agriculture is contagious. She epitomizes our group, dedicating time and resources to promote a strong agriculture industry and helping to develop the interest specifically of women in agriculture. She leads by example with her character, commitment, encouragement, and kindness. She has a gentle persuasion that gets you to say yes with a smile.”

Julie has also served on several other boards including California Association of Flower Growers and Shippers and the San Diego County Flower and Plant Association. Julie herself is San Diego grown, having been raised on an avocado and citrus ranch in Fallbrook. She graduated from San Diego State University with a degree in Education. When Julie isn’t busy lending San Diego agriculture her assistance, she spends her time being a devoted wife, mother to three grown children and doting on her four grandchildren.

Julie’s dedication to farming is something that deserves to be celebrated. When one looks at the extensive list of service that Julie has so graciously given, there is no doubt that Julie is extremely deserving of this accolade.

The San Diego County Farm Bureau is a non-profit organization supporting the more than 5,700 farms within the county. Ranking 12th in the nation, San Diego boasts top crops in cut flowers, nursery, avocados, tomatoes, citrus, poultry, mushrooms, and strawberries. Almost 70% of San Diego County Farms are 1-9 acres and nearly 20% are operated by women. San Diego County has more certified organic growers than any other county in the nation and is home to 45 certified Farmers Markets. The mission of the Farm Bureau is to foster San Diego agriculture through education, public relations, and public policy advocacy in order to promote the economic viability, sustainability, and community building of agriculture. For more information, visit www.sdfarmbureau.org